Tools for water protection is a web-based toolbox providing support for implementing water protection actions at local level. It is designed for professionals and experts who do concrete work, strategic planning or make decisions on water protection in cities, municipalities, companies, NGOs or other organisations.

The Toolbox provides information and tools that assist with water protection. In addition to practical tips, tools and background information, in the Bank of Actions you can browse actions that local organisations have already implemented for the protection of local waters and the Baltic Sea – and you can also share your organisation’s own actions!

Read more on page About us!

Action at the local level is the key! Join the network and find ideas, examples, best practices and possibilities for collaboration.

Find tips and guidelines on how to communicate the benefits of water protection efficiently to get your message through!

Learn how the benefits of water protection can be assessed and compared to the costs of implementation!

Find inspiration and ideas in water protection actions implemented by the Baltic Sea Challenge network.
Browse the Bank of Actions! 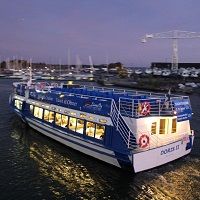 The new m/s Doris II cruiser was built in Finland during the years 2009-2011. In the environmentally friendly cruiser the future’s tightening environmental norms and regulations are taken into account. The cruiser uses a low emission diesel technique and engines that consume less fuel. A system which enables collecting of the greywater was added as a voluntary investment. The greywater consists of waste water of cooking and washing. Because of the new system, no waters are released into the Baltic Sea. Black and grey waters are treated on shore by city’s sewage treatment system. 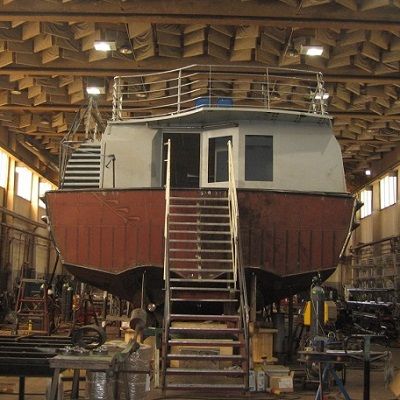 The new cruiser’s waste waters, which cause eutrophication in the Baltic Sea, are not released to the sea. Environmentally friendly cruiser offers the citizens and the companies organising the cruises a more environmentally friendly option. The City of Helsinki awarded the company with the Helsinki’s environment award of 2010 competition as a trendsetter. The positive publicity also promotes the development of the company.

Modern technology reducing the environmental impact was invested in the cruiser. According to the law it is permitted to release greywater straight into the sea. However, the system enabling the collection of greywaters in the new cruiser enables holding on to also these waters until connected to the city’s sewer system.

The cruiser is the first one in its class in Finland to meet the tightened EU requirements. It means investments to the structure and equipment that improve the maritime safety.