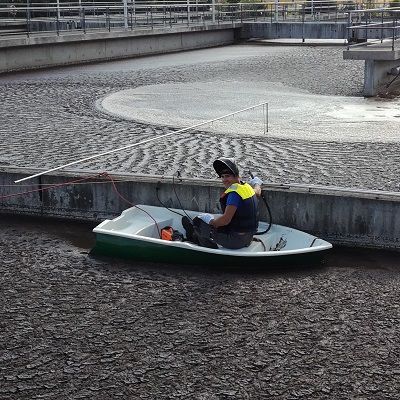 Pilot investment launched at the Kaunas wastewater treatment plant exemplifies a way to reach energy efficient reduction of nutrients entering the Baltic Sea. The pilot focuses on monitoring the aeration tanks for the nitrogen concentration and incoming airflow. Data collected from the airflow sensors allows optimization of the work of blowers. Further, to advance nitrogen removal, an additional methanol dosing point in the denitrification zone of the aeration tank was installed.

The pilot consists of the following components and measures:

The investment started with installation of four E+H Viomax CAS51D nitrate sensors in the aeration tank together with methanol dosing point replacement to the anoxic zones. In Kaunas WWTP methanol is used as an additional carbon source to improve denitrification. Nitrate concentration data collected from online sensors were used to optimize methanol dosage. During almost one year of operation with the new investment Kaunas WWTP improved total nitrogen removal efficiency by 3,2%, up to total 90,5% efficiency. New methanol dosing control strategy allowed us to use 12% less methanol than before.

To further improve nitrogen removal efficiency, additional ammonia analyzer E+H Liquiline CA80AM was installed. Data from analyzer is used for determining ammonia concentration directly in the active sludge. This is important step in choosing correct oxygen setpoint in the aeration tanks for nitrification. Before the installation of the new analyzer, oxygen setpoints were regulated according to ammonia concentration in the wastewater after secondary clarifiers. It resulted in process control time lag of ~6 hours.

Kaunas WWTP aeration system is designed to keep constant pressure, so as the aeration membranes gets clogged, airflow measurement is a solution to monitor the aeration membranes capacity. When the airflow drops below certain point, formic acid is injected to the system to dissolve scaling deposits and thus improving their capacity. Insufficient air flow to the aeration tanks results in unfavorable conditions to nitrification and nitrogen removal efficiency.

All these investments were prerequisite for an advanced process automatization, which combines data from all the sensors and regulates oxygen setpoint, methanol dosage, and nitrogen removal efficiency. 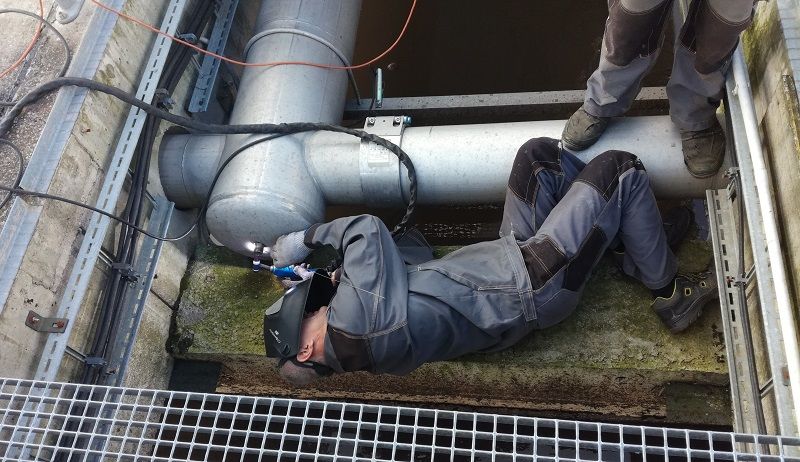