The City of Helsinki and the Helsinki Region Environmental Services Authority HSY compensate in this joint venture with John Nurminen Foundation Helsinki's part of the phosphorus discharges from the Viikinmäki wastewater treatment plant for one year by reducing the corresponding amount of nutrient discharges from the wastewaters of Vitebsk in Belarus. Helsinki will become the first city in the Baltic Sea area that is phosphorus-neutral in terms of its municipal wastewater. 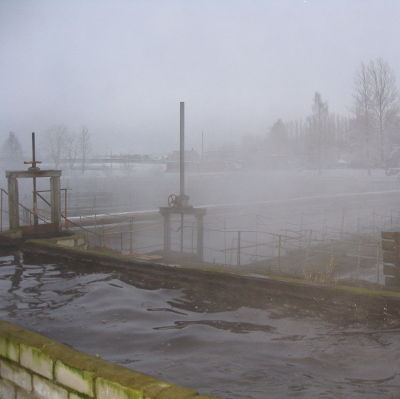 The City of Helsinki and the John Nurminen Foundation will pilot phosphorus discharge offsetting between cities in the Baltic Sea area. In the pilot, the City of Helsinki and HSY, the authority responsible for wastewater management in the city, will, for the duration of one year, offset Helsinki's share of phosphorus discharges at the Viikinmäki wastewater treatment plant by reducing a corresponding volume of nutrient discharges in the wastewaters of Vitebsk. The operation will make Helsinki the first city in the Baltic Sea area that is phosphorus neutral in terms of its municipal wastewaters.

Thanks to efficient phosphorus removal at the regional Viikinmäki plant, its annual discharges amount to only approximately 20 tonnes per year from 800 000 inhabitants and the region's industry. Phosphorus discharges for Helsinki residents are extremely small, currently amounting to only about 1/7 of the discharge per a resident of Vitebsk. After the offsetting operation, phosphorus discharges per a resident of Vitebsk will drop to a quarter of what they are today. Offsetting is done by investing in Belarus, since this will result in a far greater impact on the status of the Baltic Sea than a similar effort in Finland.

Vitebsk, located in northern Belarus close to the Russian and Latvian borders, has a functioning wastewater treatment plant. The nutrient load from the city ends up in the Baltic Sea via the river Daugava, which flows through Latvia. According to Belarusian legislation, wastewater treatment plants are not obliged to treat their wastewaters in line with HELCOM (Baltic Marine Environment Protection Commission) recommendations (a maximum of 0.5 mg of phosphorus per a litre of wastewater leaving the plant), and the country's economic situation does not allow discharge reductions that would go beyond what is required on the national level to be implemented without external support.